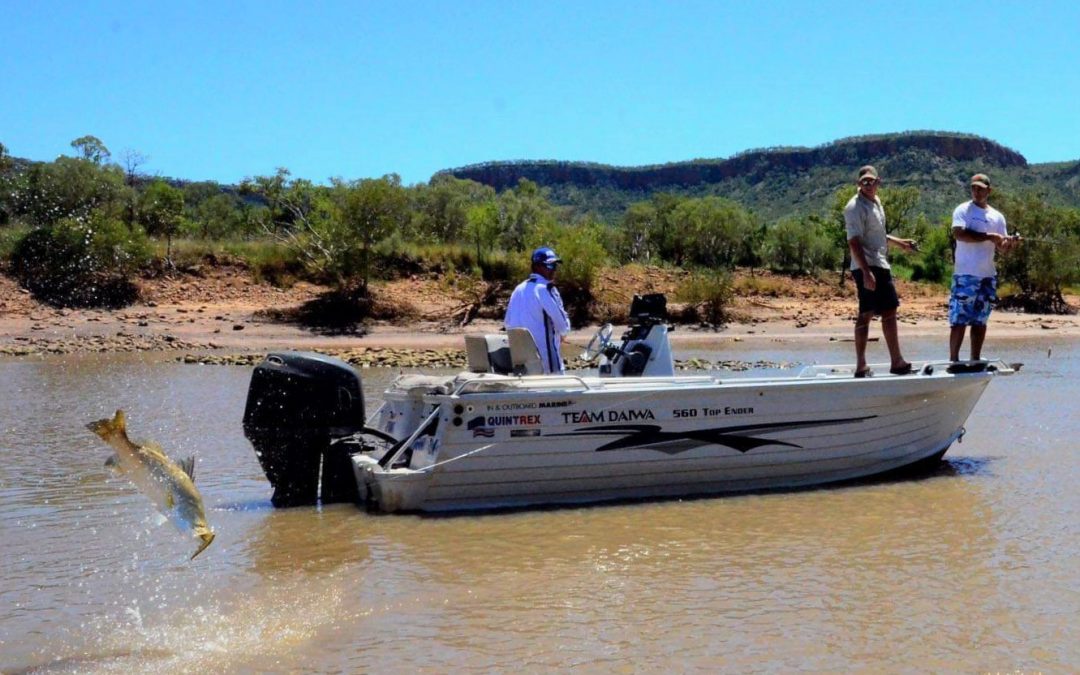 Many fishers in the Top End, especially those from regional areas are celebrating the news that boating access to the popular Angalarri River has been restored. This development comes after fishers were locked out of the river by the Department of Defence earlier this year, and strong advocacy from AFANT to have the matter reviewed.

Individual fishers, business and clubs contacted the Amateur Fishermen’s Association of the NT (AFANT), after 30 new signs threatening prosecution were erected along the river by the Department of Defence. At the same time, security personnel began to routinely intercept and instruct fishers to leave the river immediately. The sudden change in management came without warning, or any kind of engagement from the Defence and this was distressing to regular visitors of the river.

The Angalarri River is contained within the Defence-owned Bradshaw Field Training Area and is used for training by the Australian Army as well as an Australia-US Joint Combined Training Centre. The vast 870,000-hectare former pastoral property is bordered by the Fitzmaurice River to the north and the Victoria river to the south, and it includes live-fire areas.

Safety was the original reason stated for banning recreational fishing at the Angalarri this year. However, this came despite Defence previously acknowledging the existing right and interest of fishers accessing waters. After acquiring the property, the department told the Parliamentary Standing Committee on Public Works that potential conflict between recreational fishing on rivers and the location of impact areas had been taken into account by Defence in its planning. Defence also told the Committee that suitable buffers would be in place and there would not be a target area within 20 kilometres of a major river.

Understanding that the pastoral lease had been converted to a crown lease many years ago, AFANT wrote to the NT Minister for Recreational Fishing in July to find out if the public right to access the river had been maintained as a condition of the lease. In early September, AFANT was informed that the crown lease conditions did not stipulate that fishers must be allowed access, and at this time AFANT requested the Minister to assist by making representations to the Commonwealth Government. At the same time, AFANT’s President Warren de With reached out to Senator Sam McMahon and local Katherine MLA Jo Hersey for assistance, with each agreeing to take the matter up with the Federal Government. 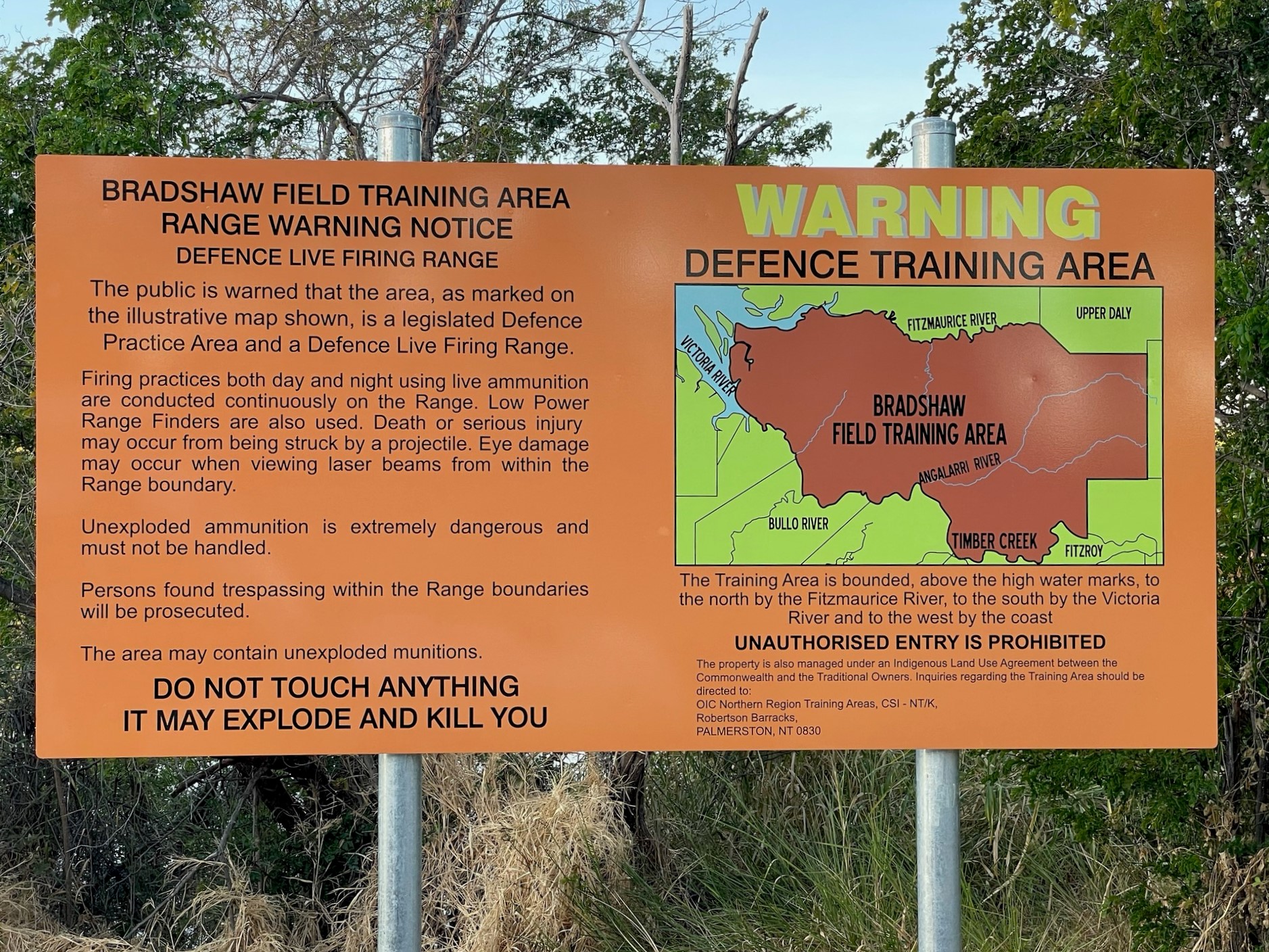 Late last week Senator McMahon contacted AFANT’s President with the good news that after seeking clarification with the office of the Minister for Defence, it was explained the new signs were not meant to limit boating access and the enforcement/evictions seemingly had occurred in error. The Senator assured AFANT that boating access to the Angalarri River could resume without the worry of being approached by security to leave, and that the signage relates to a requirement not to go ashore.

AFANT President Warren de With praised the swift response from Senator McMahon and the Territory MLA for Katherine Jo Hersey. “On behalf of AFANT and all of the people who love fishing at the Angalarri River I thank the Senator and the Member for their attention to this issue and for bringing about a great outcome.

“The Angalarri is a magic spot to fish and there had been so many surprised and disappointed people making contact with us, saying surely this must be a mistake.

“Club events earlier in the year were already impacted by the decision to kick fishers out, and with the Alure Ladies Fishing Classic planned for the beginning of October, it was a pleasure to be able to inform them that access to the river was back on. 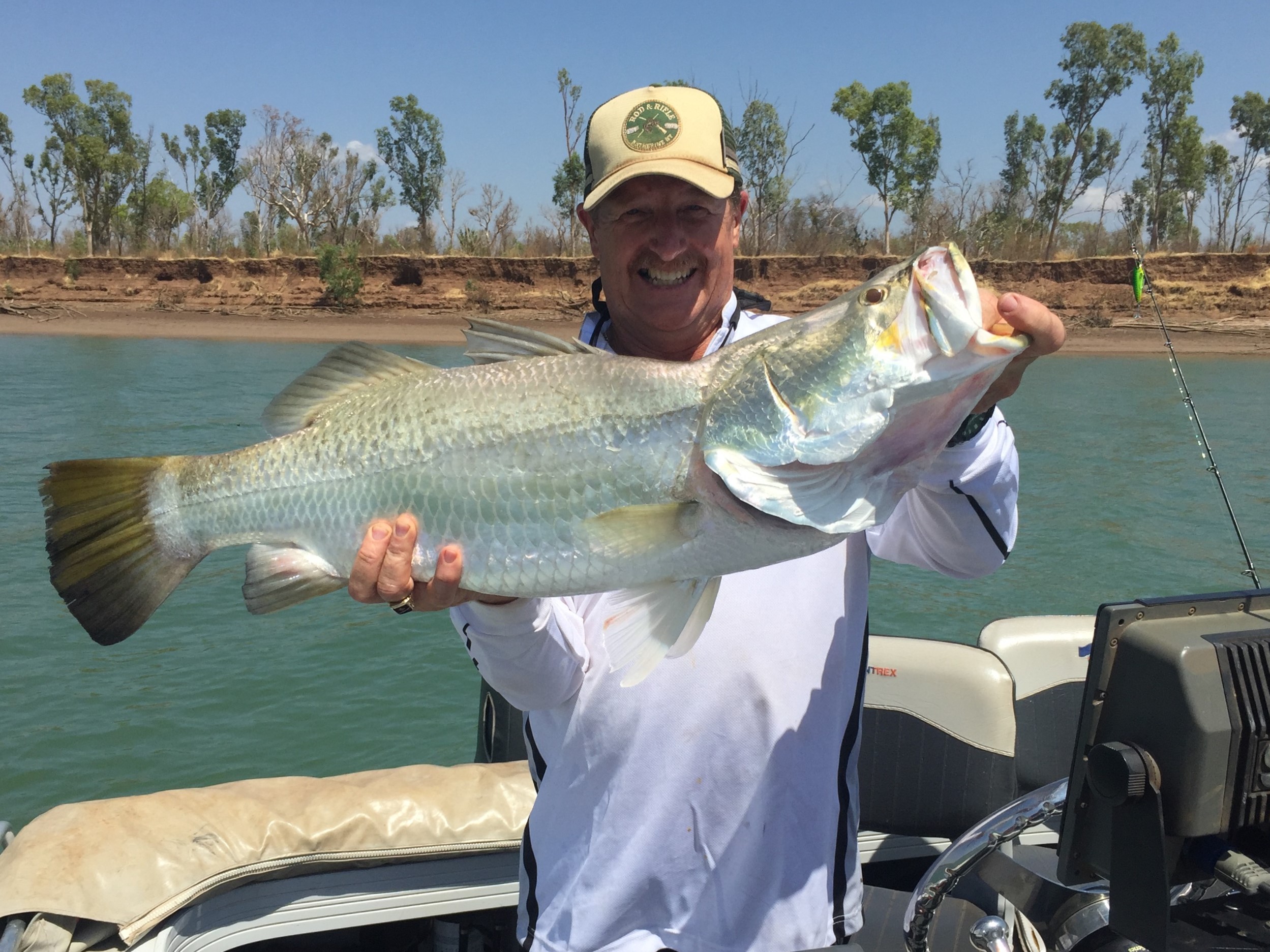 “Of course it is important that fishers recognise access to the Angalarri River is now a privilege, rather than a right, and that because it is no longer a pastoral lease you cannot get out of your boat or camp within 50m of the river.

“Access to fishing waters is a top priority for AFANT, our staff and volunteers work tirelessly to open up and to keep open as many spots as we can, which is essential given how many NT waters are either privately owned or bordered by private land” said Mr de With.

A tributary of the Victoria River, the Angalarri is accessed via a boat journey downstream from Timber Creek. The river is popular during the build-up following neap tides as the water tends to hold clarity for a few extra days, however, it fishes best during the run-off, and is one of the only productive Victoria River tributaries within the accessible range of most visitors. AFANT is pleased to have been able to catalyse this positive outcome on fishing access.

AFANT’s commitment to working on behalf of recreational fishers is reflected not only in this case, but also in our ongoing engagement with the NTG and Land Councils on Blue Mud Bay, our support for connecting the Pt Stuart boat ramp to a public road, as well as our project to improve access to the Katherine River at Manbulloo station. Additionally, at the 2020 election AFANT secured commitments from the Northern Territory Government to improve access to fishing in National Parks and across pastoral land.

AFANT will reach out to Defence to seek to establish a Code of Conduct to help ensure fishers are better informed about access conditions and to improve communication into the future. 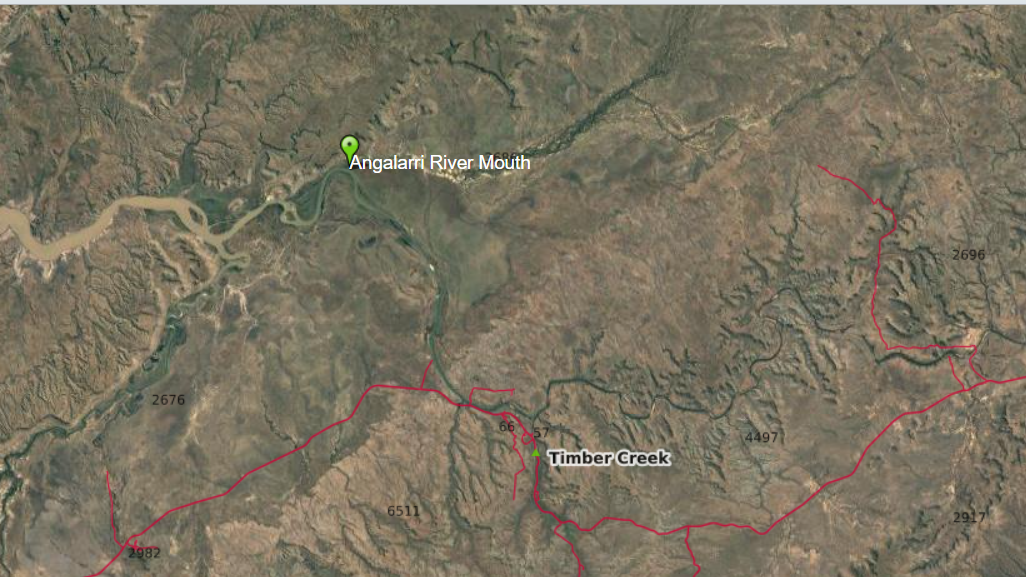